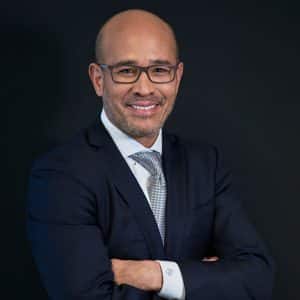 Glenn A. Paternoster graduated from the University of the Pacific School of Business in 1989 with a Bachelor of Science Degree in Finance. In 1991, he completed an Institute of World Legal Problems program on Global Legal Issues, taught by former Chief Justice of the U.S. Supreme Court William R. Rehnquist. In 1993, he graduated from the Willamette University College of Law with a Juris Doctor Degree. The following year, he was admitted to the bar in both California and Nevada. After 15 years of leading the personal injury litigation department of the firm, Glenn founded Paternoster Law Group using his years of experience representing victims of injury, wrongful death, and insurance bad faith practices.

Glenn became an Advocate of Trial Advocacy with ATLA in 2002 and is a member of the American Association for Justice, the Nevada Justice Association, and the Million Dollar Advocates Forum. He is a member of The National Trial Lawyers, Trial Lawyers Top 100 Trial Lawyers, and America’s Top 100 High Stakes Litigators. He is a Colleague at the Nevada Law Foundation. He is an Advocate at the National Institute for Trial Advocacy. He is one of a handful of Nevada lawyers to graduate from the selective and nationally renowned Trial Lawyers College established by famed trial lawyer Gerry Spence. Trial Lawyers College is dedicated to educating lawyers committed to the jury system and representing and obtaining justice for clients.

He focuses on representing victims of injury and death accidents and regularly obtains 6 – figure, 7-figure and occasional 8-figure recoveries for his clients. 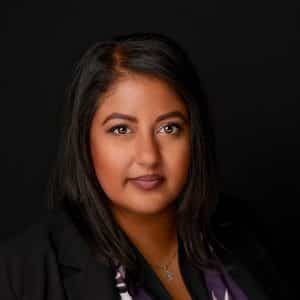 Pooja Kumar, a resident of Las Vegas since 1992, was admitted to the Nevada Bar in 2013 after receiving her Juris Doctorate from Albany Law School of Union University in upstate New York.  While earning her law degree, Ms. Kumar worked as a science and technology research assistant for the school’s Center for Law and Innovation.  Ms. Kumar also won the Moot Court Donna Jo Morse Negotiations Competition, and she served as President of the South Asian Law Student Association and Executive Treasurer of the Student Bar Association.  Ms. Kumar received her bachelor’s degree from the University of Nevada, Las Vegas, where she majored in Biological Sciences (Integrative and Organismal).

Prior to joining Paternoster Law Group, Ms. Kumar was an insurance defense attorney, working primarily in the area of premises liability which provided her with valuable insight into how insurance companies view, value and defend personal injury lawsuits.  Ms. Kumar also served as Managing Attorney for a personal injury law firm and as Owner and Principal of an entertainment law firm and advising group.  Ms. Kumar also gained experience as an Associate at a consumer finance law firm prior to her current role.

Ms. Kumar has negotiated countless favorable settlements for her clients in the past, and she has previously served as trial counsel.  She is currently admitted to practice before the State Bar of Nevada, the United States District Court for the District of Nevada, and the Ninth Circuit Court of Appeals.

A FREE CONSULTATION WITH GLENN OR POOJA JUST TAKES A MOMENT

Get a free evaluation

Give us a call to find out what your options are, you never know what compensation you can get until you ask a professional for help!

You're In Pain, You Deserve To Be Paid!

We fight for you! Get in touch with us today and we will help you understand what your options are and the best road to satisfaction for your specific case, injuries and needs. Find out why we’re the Best Personal Injury Attorneys in Las Vegas today.

Get The Help You Need Now

Give us a call

Paternoster Law is Rated 4.9 out of 5 based on 738 client reviews
Scroll to Top